By Heads AdministratorMarch 24, 2020 No Comments 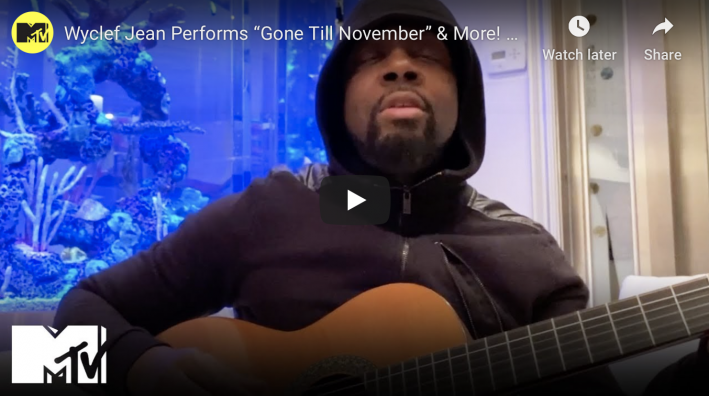 In this time of self-isolation and social distancing, MTV has rebranded its Unplugged program as Unplugged at Home, an online series featuring artists performing acoustic sets from their own houses. Wyclef Jean delivered the series’ inaugural set Friday, with other artists to be announced in the coming weeks.

Wyclef opened his 10-minute set with “If I Was President,” prefacing the song with an anecdote about how he improvised the track’s debut performance on Chappelle’s Show in 2004. Sitting in front of his massive fishtank, the former Fugees singer also played his “Gone Til November” and Shakira collaboration “Hips Don’t Lie.”

Unplugged at Home is part of MTV’s #AloneTogether campaign, a social media initiative encouraging young people to practice social distancing in the hope of “flattening the curve” of the coronavirus outbreak.