Jeremy Torres,  born on the 3rd of August 1994, in Middletown, NY; just 40 minutes north of New York City, is 1 of 5 children.  As a young boy Jeremy ran  around the house “catching a vibe” to the music that his mother, Esther Luna, always played on the radio.  At the tender age of 10 years old Jeremy lost his mother to Cancer.  It was a devastating loss in his life at such a young age but Jeremy discovered his passion for writing as a therapeutic means of freeing his imagination.  What began with poetry and short stories turned into songs.  But Jeremy had desire for more.  “If only I could play an instrument”, he wished.

That all changed when he reached High School and met fellow classmate, Emmanuel Escarraman, who shared Jeremy’s passion for music and movies.  “Manny” knew how to play the guitar and is attributed for teaching Jeremy how to play the basics.  By the age of 14, Jeremy was influenced by musicians such as Carlos Santana, Jimi Hendrix and Prince to name a few.  He stated “Watching them play live and free with no care in the world” is when he knew his desire to become a “rockstar” was born.  He wanted to live his life playing music, writing songs and sharing it all with the world.  It’s never been about the numbers for him but creating a huge musical family throughout a lifetime so his name lives forever.

Jeremy has played at some historic venues during the early part of his career.  Places like Webster Hall in NYC, The National Underground and most recently the Highline ballroom for New Year’s Eve, 2018.  Jeremy has also shown his philanthropic side helping raise over $10,000 for an organization called Wings over Haiti to help build a school for children.

With labels growing interest in Jeremy, he has much to showcase.  He is currently featured on Jazzy Amra’s debut album “AMRA”,  a collaboration with Wyclef Jean on for his upcoming mixtape “Wyclef Goes Back to School” featuring another of Heads Music’s artist Moira Mack and he is set to release his first debut single this year.

This soon to be rockstar is looking to accomplish some mighty big feats as he sets his goals on hitting the billboard charts, joining a world wide tour, movie sync opportunities with his music and wanting to help people by bringing love, light, positivity and wisdom to the people of his native Puerto Rico and worldwide.

He signed to Starblaze Management earlier this year and with the intent to sign under Heads Music, the sky’s the limit for this international rockstar and it will not be long before you hear his work playing on all platforms. 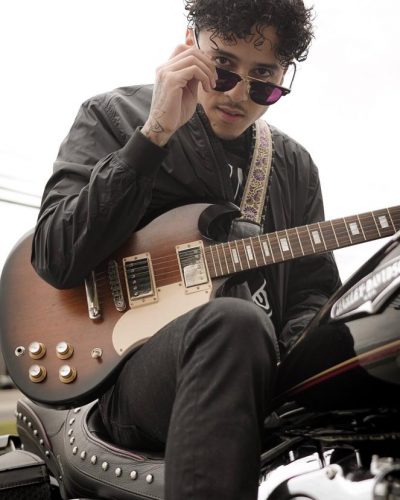